[Let me start this piece with a caveat: This is not a #slatepitches-style article arguing that Impostor Syndrome is a good thing or that people with it are better off keeping it. It has profound negative effects and plays very neatly into the self-defeating internal narratives that major depression can give you. Depressives in particular don't need another excuse to tell themselves they suck; most of us are really good at that already. Read this first if you need to learn about Impostor Syndrome, the harm it can do, and how to start overcoming it.]

At the last DCPHP meeting, Sean Prunka talked about Impostor Syndrome during his talk on dealing with distractions. At the end, I asked the group how many suffered from it, and the vast majority of hands went up. So clearly, a lot of the type of programmers who read blogs and go to user group meetings are the type who also think they’re a misstep away from being “found out” as not really deserving of the position/title/place they hold.

It got me thinking about why really good programmers paradoxically suffer from the feeling that they are the really crappy ones and have gotten where they are by sheer luck. Knowing that many programmers who give talks nonetheless feel like frauds gave me some new things to listen for, and I think I’ve distilled some good habits that shouldn’t go away with the crippling and unrealistic self-doubt as you fight these feelings within yourself.

There is some evidence that depressives perceive things (apart from themselves and their own worth) more clearly than those who don’t suffer from the disease. (The theory is called Depressive Realism.)  Similarly, self-doubt can give programmers some good habits of mind along with the bad habits that make it a problem. Here are some I think are related to my impostor syndrome:

Pessimistic estimation: If you assume you don’t know what you’re doing, you tend not to assume everything will go well as you attempt any task. In my case, it’s made me a better estimator, because I’m able to identify rosy assumptions and allow for the very real possibility that those assumptions will be wrong. It could be my memory of how much pain working with a given module causes and not assuming that this time it will be different. It could be assuming that the client won’t come through with the required design in time, and I won’t be able to just “make it happen” by the deadline. It could be realizing I haven’t completely mastered a given technology and using it will require research to address a specific problem. All of these things enable me to be a pretty good estimator because I naturally assume that things won’t just “go my way.”

Research first, coding second: With a nod to Donald Rumsfeld, Impostor Syndrome makes you keenly aware of the known unknowns as well as wary of the unknown unknowns. Being aware of the limitations of my knowledge encourages me to research a problem before tackling it. A common junior developer mistake is to take a half-understood requirement and immediately begin building a new framework to solve an entire class of problems like the one they’re given instead of simply searching to see that there’s an existing plugin that can solve the problem in minutes. Another frequent problem is assuming a component will solve your problem based on the general description without looking into the specifics of its implementation. Some of this is experience, but I’ve seen senior developers fall prey to cheery assumptions. Knowing I don’t know a new component inside and out makes me look into it more deeply before committing to using it to solve a problem.

Continuing education: One reason I suspect many hands went up in the room at a programming meetup was that we are a self-selected bunch. Those of us who don’t think we know everything are motivated to learn more. Even as you realize you’re a better programmer than you give yourself credit for, don’t lose the drive to chip away at your ignorance. Programming is as much of a craft as it is a science, and crafts take continual mastery.

Teaching and mentoring: Having felt adrift in a sea of acronyms and reading conversations where it felt like everybody in the room had singlehandedly built Facebook equivalents except me gives me a lot of empathy for the new or developing programmer. It’s really intimidating at first, and that’s one of the reasons I’ve become excited about what we do at php[architect] and what the community has done through its mentoring program. mojoLive was an attempt to encourage people to continually develop their skills, and I support PHP Women because they help lots of people deal with the learning curve and Impostor Syndrome. So my career has become as much about enabling other people to do great things. Perhaps self-doubt has kept me from tackling some of those problems, but it has given me the push to help others to develop their own career. I think feeling that dread at learning yet another technology has inspired many in the community to share their findings with others to spare them the pain. To Impostor Syndrome sufferers it can be more than just the pain of coaxing aging neurons to form new connections; it’s also the pain of “can I do this yet again or did I just get lucky last time?” each time we approach something new. That empathy helps push us to give a hand so the next person doesn’t suffer. We also appreciate those who have spared us the pain in the past.

That crippling self-doubt is more of a hindrance than a help, and Impostor Syndrome is something to be fought. But appreciating the good things it has driven me to do has helped me realize I have actually learned things along the way…and that I’m not an impostor at a programming conference.

Sandy Smith has been developing websites in PHP for 14 years. Starting in government, he endured the Dot Com bubble before working with nonprofits for over a decade and managing a team of developers. Finding a love of mentoring developers, he worked at the career management startup mojoLive before co-founding musketeers.me and taking on php[architect]'s training services.

Have A Conversation: A Guest Post from Matt Frost 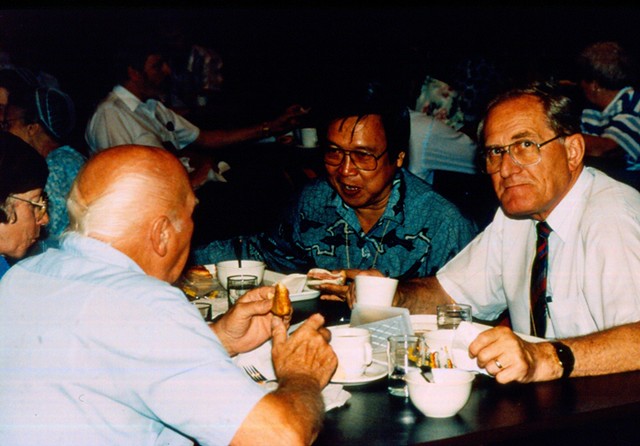 The last few days have got me thinking, like seriously thinking, not so much about mental illness; but about people with mental illness. It makes me glad that mental illness is getting more and more attention these days, I think that's a fantastic thing, but I think it's a relatively small part of the battle we're facing. I can tell you, even the thought coming into my brain was awkward and made me a bit uncomfortable. Reflecting back on that awkward, uncomfortable feeling right now, makes me feel ashamed. Before I get a whole lot further, in no way in this blog post am I saying we shouldn't continue to fight the battle to educate more people about severity and prevalence of mental illness, but I have a few thoughts on this.

Mental Health issues have a history of being stigmatized in this country, only until very recently has it been ok to struggle with life. In some circles, while I have no proof, I'd imagine some of this very same stigma still exists. The issue that came to mind for me was the fact that, while we are battling these diseases, sometimes the people get lost in the fray. It's good to understand depression and schizophrenia, but as with most things, these things manifest themselves differently in different people. While it may seem obvious to some people that certain characteristics of a person may reflect depression or some other ailment, the truth is that even people that don't show the "telltale" signs they still may be afflicted.

You see I was always viewed as being "a little off", "weird" or "crazy" and certainly my behavior in certain situations would lend validity to that assertion by our modern definition. But what if there was something more going on, what if this "craziness" was to fulfill a desire to be accepted because acceptance wasn't readily available at home? What if violence and a myriad abusive behaviors were part of this person's life? Stay with me, what if those unwise risks were really a cry for help. This is all hypothetical for some people, unfortunately I'm not one of those people. As a society, we've gotten very good at plastering a smile across our faces and telling everyone that "everything is great!" while inside we are being torn apart.

It's not selfish to want to be accepted, liked and valued; it's a natural feeling and not feeling this way has a tendency to wreak havoc in person's mind. I was fortunate to have people in my life that were willing to be true friends to me, in all reality, it probably saved my life. We're only as good as we treat people, and while most people don't go out of their way to be nasty to people who are ill; indifference can be interpreted that way. I really just want to encourage you to be open to the possibility that the people you come across might have some very real pain in their background and consider how a short conversation or a kind word can make a huge difference in someone's life. I'm not saying, we should play psychologist or pry into their lives, but if we consider what people may have gone through or may be going through and treat them with kindness, we have the potential of making a positive impact in their life.

I don't write this to tell people to stop caring about the medical and physiological side of this very complex topic, please please please continue doing that. My hope is that you can start to see these interpersonal situations as an opportunity to make someone feel really special just for being who they are, it doesn't take as much as you might think. Life is hard, being human is hard and every single person is living with the pain of something they've done or something that's been done to them. Let's help each other do this thing called life. My prayer is that you (collective you, myself included) will start to challenge your assumptions and preconceptions about people and to take the courageous step to reach out to someone. I share this from personal experience, you never know, that conversation and expression of kindness might be exactly what that person needs at that moment.

Matt Frost is a father, podcaster, PHP Developer, and author. He posts on Twitter at @shrtwhitebldguy and blogs at shortwhitebaldguy.com 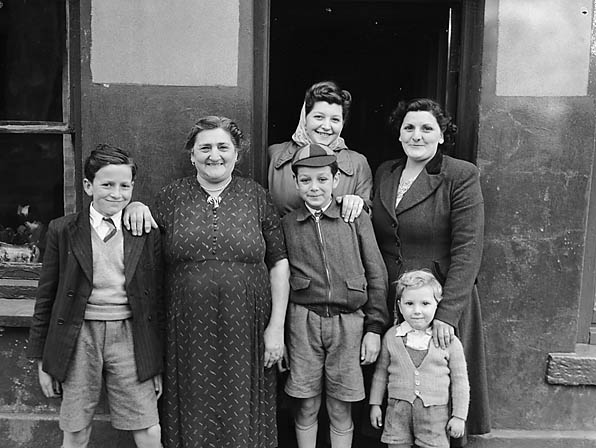 The only thing we have that matters is the love we share with each other. Nothing else. Nothing at all.

May is Mental Health Month